Charlie is taking the motorsport scene by storm! 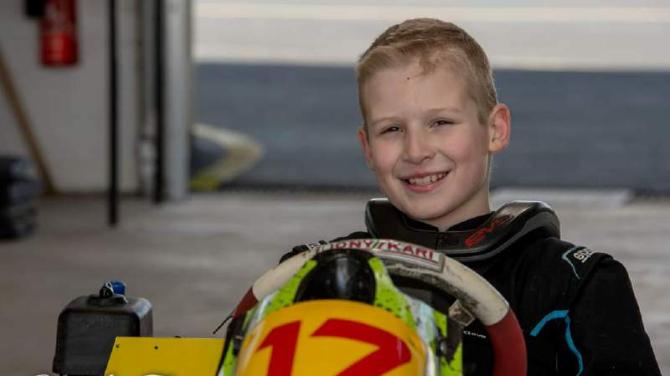 NINE-YEAR-OLD Charlie Condy is catching the attention of the motorsport scene after breaking numerous records over the last few weeks.

He also led the event in Larkhall, Scotland, for the majority of the race but unfortunately had to settle for second place.

Still an excellent result for a child who had never experienced the circuit before.

Most recently, round two of the Ulster Championship at Nutts Corner saw Charlie have highs and lows but he dug deep to catch and pass the leader to take the win in the final.

This result leaves Charlie positioned in the top two podium positions in every race meeting this year so far.

A spokesperson for RNG Racing said: "In the team’s eyes he is our little champion for his success so far and we are all behind him. Charlie is very thankful to his mum, dad Jill and Ivor, for all the support on Saturday including all his little brothers who were all there to cheer him on."