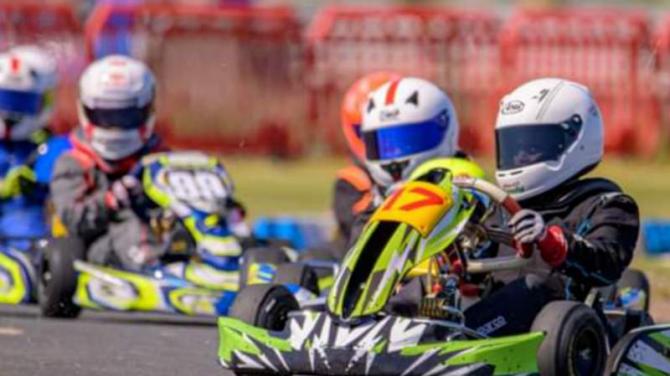 NINE-year-old Charlie Condy, from Ballygawley, has been a busy boy with karting in the Ulster Championship and the Northern Ireland Championship (NIKA).

Driving very hard all day he managed to close the cap at the top of the Championship.

Charlie won the first two heats and the pre final and came home in second in the final. This was the third round of NIKA championship.

On June 18 Charlie is in action again in the NIKA Championship with round four being held at the North West Race, Paddock.

The last time this track was raced was in 2017. With good entries in for this race and the location on the North Coast, Charlie is hoping for another solid drive and to extend his lead in the NIKA Championship.

He is hoping the location and hopefully the weather will be on this side and there will be loads of spectators to cheer him and his team mates on at the Paddock race.

"A big thank you to RNG Racing for mentoring Charlie," a spokesperson said.