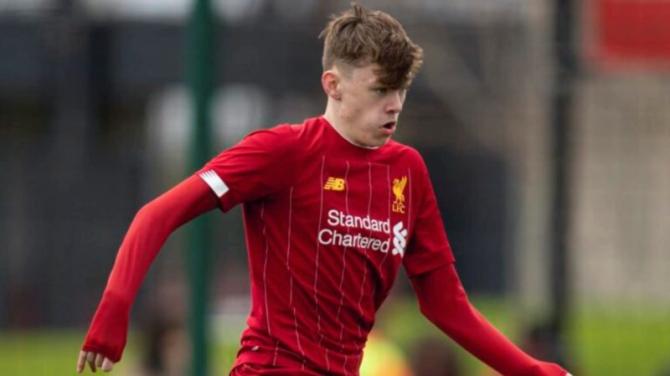 CONOR Bradley has joined Bolton Wanderers on loan, it's been confirmed.

The Castlederg teenager has been loaned out to the English League One side from Liverpool and joined up with his new team mates earlier this week.

The right-back has eight caps for Northern Ireland at senior level and has also played five times for Jurgen Klopp's side across the Champions League, FA Cup and Carabao Cup.

The 18-year-old, who made five first-team appearances for Liverpool, has agreed a season-long loan at the University of Bolton Stadium.

The move has been hailed as a major Coup for the Whites.

Manager Ian Evatt said the Tyrone man will add competition and a leading pedigree to the squad.

“This is another deal we are really pleased to get done with a top Premier League club and thanks to Liverpool for allowing Bradley to spend the season with us," he said.

“Conor was a target for us in January. It wasn’t achievable then because Liverpool wanted him for their first team but they’ve trusted us to be the next phase of his development and, again, that’s a huge feather in our cap.

“He has made a superb start to his career for club and country and we are looking forward to working with him next season.

“He has the opportunity here to become a key member of the first team in a position we have been looking to strengthen.

“It’s an exciting acquisition which again shows the club is heading in the right direction and we really hope Conor has a successful and enjoyable time with us.

The highly-rated defender joined Liverpool from hometown Dungannon Swifts in September, 2019 and made an impact on Merseyside to earn a first professional contract in July 2020.