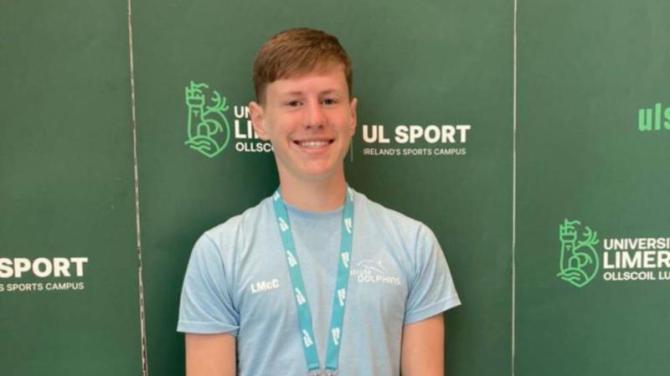 STRULE Dolphins swimmer Leon McClean recently travelled to Limerick to compete as did many promising young swimmers from across Ireland.

Leon went there to represent the Strule Dolphins at the Irish National Division Two Swimming Competition which took place from Wednesday, July 6 to Sunday 10.

Leon had qualified to compete in two events and he was delighted that during the competition he successfully achieved new personal bests (PBs) in both.

Leon’s first swim was the 50m freestyle where he powered his way through the race in his best time yet of 27.84s (14th overall).

Leon continued his great form the following day in the 100m freestyle, finishing with an impressive time of 1m 1.37s (18th overall), knocking a second of his previous best time.

The visit to Limerick was a very positive way to end the 2022 season for the Strule Dolphin.

"Congratulations to Leon and we’re sure we will be hearing more about this upcoming swimmer in the future," a club spokesperson said.